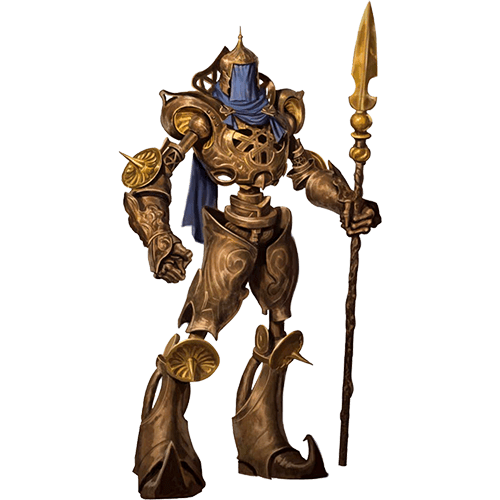 Cogs and gears are visible in the gaps of this metallic creature’s armor. It wields a polearm as it stands ready at attention.

A clockwork soldier can function for 2 days per HD each time it is wound up.

Whenever struck by any lightning damage there is a 50% chance the clockwork soldier can malfunction giving it the confuse status effect during its next turn.

A clockwork soldier is proficient with all simple and martial weapons.

The creator must start with crafted clockwork pieces worth 1,000 gp; the cost of the soldier’s weapon is not included in this price.