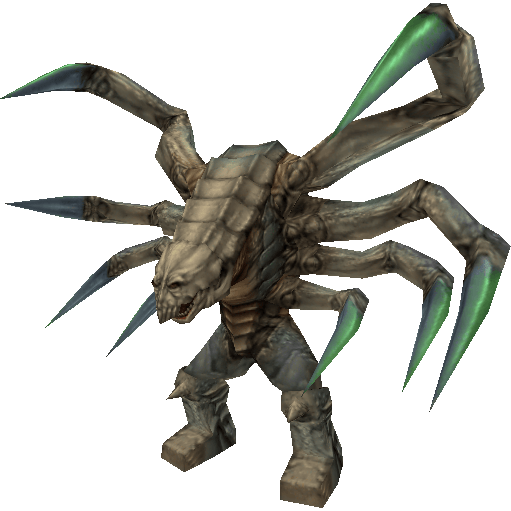 It is a gray iron anthropomorphic, six-armed insectoid enemy with steel spikes at the end of each limb. The iron claw is considered a killing machine, destroying all those who dare get in its way.

An iron claw can wrap its craws around its target squeezing the life from them. The iron claw must make a melee touch attack (+23), if it hits, 14d6 points of non-elemental damage and must make a Fortitude save (DC 21) or be inflicted with the Paralysis status for 1d4+1 rounds. Blue mages may learn this ability as a 6th level spell (Knowledge: Arcana DC 27).