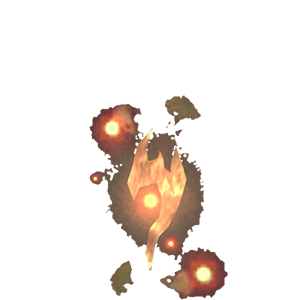 1/day, a fire elemental can shoot out a bolt of fire towards a single target within 30 feet. The fire elemental must make a ranged touch attack (+4), if it hits, the attack deals 1d6+5 points of fire damage. Blue mages may learn this ability as a 1st level spell (Knowledge: Planes DC 17).