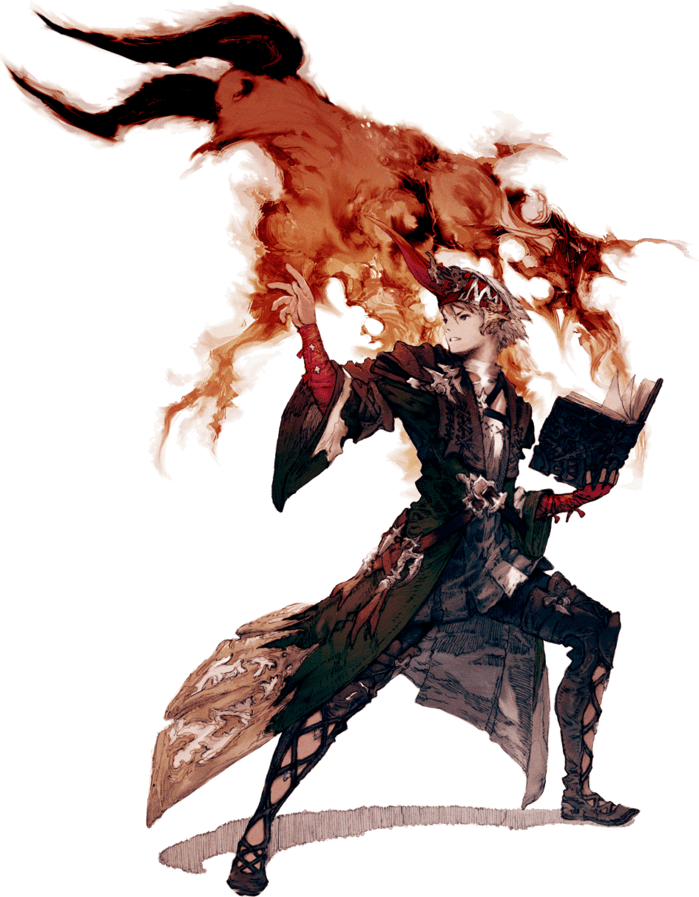 Among those who study the art of summoning, allagan arcanimists delve the deepest into the recesses of history, magical theory, and forgotten places. These practitioners are the very definition of arcane casters, as they draw upon the hidden essence of aetheric forces to power both their magic and their summoned companions—egis.

Requirements
To qualify to become an allagan arcanimist, a character must fulfill all the following criteria.
Skills: Knowledge (Arcana) 3 ranks, Knowledge (History) 3 ranks, Knowledge (Planes) 3 ranks, Spellcraft 3 ranks.
Spells: Able to cast 3rd level summoner spells or access to an Avatar of 5 hit dice or more.
Special: An outstanding and original feat of discovery in the fields of history, magic, or extra-planar knowledge (up to GM’s discretion on how this is achieved).

All of the following are class features of the allagan arcanimist prestige class.

Allagan arcanimists gain no proficiency with any weapon or armor.

At each level except 1st and 10th, an allagan arcanimist gains MP per day and spells known as if he had also gained a level in a spell-casting class to which he belonged before adding the prestige class level and an increased effective level of spellcasting. He does not, however, gain any other benefit a character of this class would have gained. If he had more than one spell-casting class before becoming an allagan arcanimist, he must decide to which class to add each level for the purpose of determining MP per day and spells known.

At 1st level, the allagan arcanimist’s studies of arcane magicks once lost to history has opened new doors through which he may summon outsiders, with potent results. The allagan arcanimist is now able to form and maintain pacts with the three following avatars simultaneously:

He must still defeat an incarnation of the avatar (up to GM’s discretion on how this comes about) in order to form a pact with it. Each Egi has a shared health pool with each other.

An allagan summoner may use and apply summoner class abilities (including those involving pacts), talents, and feats to affect his egi as he would an avatar when applicable. In addition, he retains the ability to maintain a pact with one avatar outside his egi trio, but his allagan arcanimist abilities may not be used with this avatar, and he may not have both an egi and an avatar (or its archetypal replacement) summoned simultaneously.  If he has one currently summoned and then summons the other, he must dismiss the first.

Additionally, the allagan arcanimist is able to cast the spell Ruin as a spell-like ability a number of times per day equal to his Charisma modifier so long as he is wielding his grimoire. He uses the level of his primary spellcasting class + his allagan arcanimist level for his caster level for this ability.

At 2nd level, the allagan arcanimist’s magical studies have enhanced his standard spellcasting. So long as one of his egis is summoned, whenever the allagan arcanimist casts a damaging or healing spell, he adds a die to its results with a value of one step lower than the spell’s first stated die value. The die follow the following progression:

At 6th level, the allagan arcanimist adds two of these dice to his spell’s results in this fashion instead of one.

At 3rd level, the allagan arcanimist is able to empower his egi and have it perform a potent magical action.  Once per combat encounter, his summoned egi may execute the following on its turn as a swift action:

At 4th level, the allagan arcanimist’s egis become stronger in their respective elements. When making their natural attacks, his egis’ attacks may gain an elemental descriptor matching their associated element type (i.e. earth for Titan, wind for Garuda, fire for Ifrit) and replace half of their attack’s normal damage with elemental damage. This damage is calculated before it is applied to a target’s DR or other resists.

Additionally, a number of times per day equal to the allagan arcanimist’s Charisma modifier, he may (as a swift action) gain his summoned egi’s elemental immunity trait for 1d3 + 1 rounds.

At 5th level, the allagan arcanimist is now able to switch his daily egi selection a number of times per day equal to his Charisma modifier. In addition, he may summon his egis with a full round action instead of using a ritual lasting 1 minute. Doing so dismisses his currently summoned egi, and his new companion takes its place; the allagan arcanimist’s elemental resistance and increased/decreased spell effect values from the elemental affinity ability likewise changes.

When summoned in this way, the egi’s hit points are unchanged from the last time it was summoned. The only exception to this is if the egi was slain, in which case it returns with half its normal hit points.

At 5th level, the allagan arcanimist’s bond with his egis allows him to perform supernatural attacks powered by aetheric manipulations. A number of times per day equal to his Charisma modifier, the allagan arcanimist may use his summoned egi’s natural attacks as though they were his own, and he is considered proficient in natural weapons for this purpose, though he uses his egi’s stats to make the attack and damage rolls (unless his own stats are higher). He may make as many natural attacks in a single round as his egi would be able to in his place, considering any movement and actions already taken by the allagan arcanimist; this counts as only one use of this ability regardless of how many individual attacks he may make in that round. The damage dealt by these attacks is purely elemental in nature instead of physical or split.

At 6th level, the allagan arcanimist has developed an additional set of actions possible for his egis.  Once per combat encounter, his summoned egi may execute the following on its turn as a swift action:

At 7th level, the allagan arcanimist’s studies into ancient magical theory has revealed a powerful trance state once known to an obscure order of scholars and summoners. As a swift action, for a duration of 1d3+1 rounds, he enters a trance which may do one of the following, chosen at the start of the trance:

When reducing MP cost, the new cost of the spell is calculated before applying additional MP costs for metamagic feats, etc. However, he may expend the remaining duration of the trance as a free action (provided the trance will not expire on this turn) in order to halve the cost of his next spell on this turn; if he does this, he calculates the new cost after applying one source of additional MP cost (ex: a metamagic feat).

When reducing casting time, dreadwyrm trance has no effect on any spell with a casting time of greater than 1 minute or a casting time not listed on the table. The allagan arcanimist can’t choose to ignore this effect; that is, he can’t opt to cast a spell using its normal casting time. Thus, if all his spells normally have casting times of 1 standard action, they take 1 swift action instead, and because he can’t take more than one swift action in a round, he won’t be able to cast multiple spells per round while under the effect of dreadwyrm trance. (If he has available spells with casting times of 1 full round, he is still able to cast one of those spells per round in tandem). This ability doesn’t stack with any other effect that reduces a spell’s casting time.

The allagan arcanimist is able to enter this trance only once per day.

In addition, if the allagan arcanimist’s summoned Egi has already used Egi Assault and/or Egi Assault II during the current combat encounter, it may use the ability again.

At 9th level, the allagan arcanimist has unlocked the peak potential of his egis’ abilities.  Once per combat encounter, his egis may execute the following on its turn as a swift action: