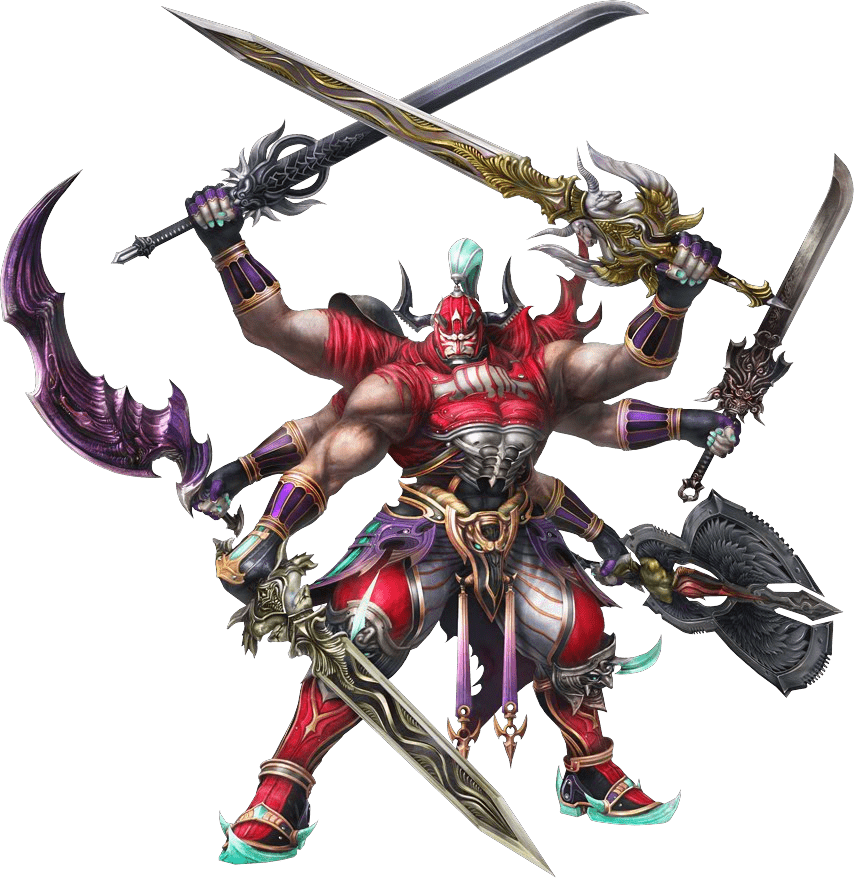 A master of all weapons. He collects weapons either for his own pride and joy in the training of such weapons, or sometimes as trophies of strong adversaries. Whatever the reason may be, the weapon collector journeys across the world to find the strongest weapons.
Hit Die: d10.

Requirements
To qualify to become a weapon collector, a character must fulfill all the following criteria.
Base Attack Bonus: +6.
Skills: Acrobatics 4 ranks, Appraise 4 ranks
Feats: Weapon Focus (Any manufactured martial or exotic weapon)

All of the following are class features of the weapon collector prestige class.

A weapon collector is proficient with all simple and martial weapons, including two exotic weapons of his choice. He is also proficient in light and medium armor but no shields.

At 1st level, the weapon collector receives the limit break (Swords of Chance).

Swords of Chance (Su): This Limit Break allows the weapon collector to summon one of the four legendary swords to attack his foes. The weapon collector rolls a d4 for a chance to summon Excalipoor on a 1, Masamune on a 2, Excalibur on a 3, or Zantesuken on a 4 of a d4.

At 5th level, the weapon collector gains Two Weapon Fighting and Double Slice as bonus feats. He also does not need to meet any requirements when picking any two-weapon fighting related feats. If he already has these feats, he can choose 2 other two weapon fighting feats.

At 10th level, the weapon collector has mastered all weapons in the known world. When fighting with two weapons, he suffers no penalties and when making a full attack with two weapons, his critical threat range is increased by 1 (that stacks after any feats and class features that increase the critical threat range). In addition, he can never be disarmed and his weapons can never be sundered.