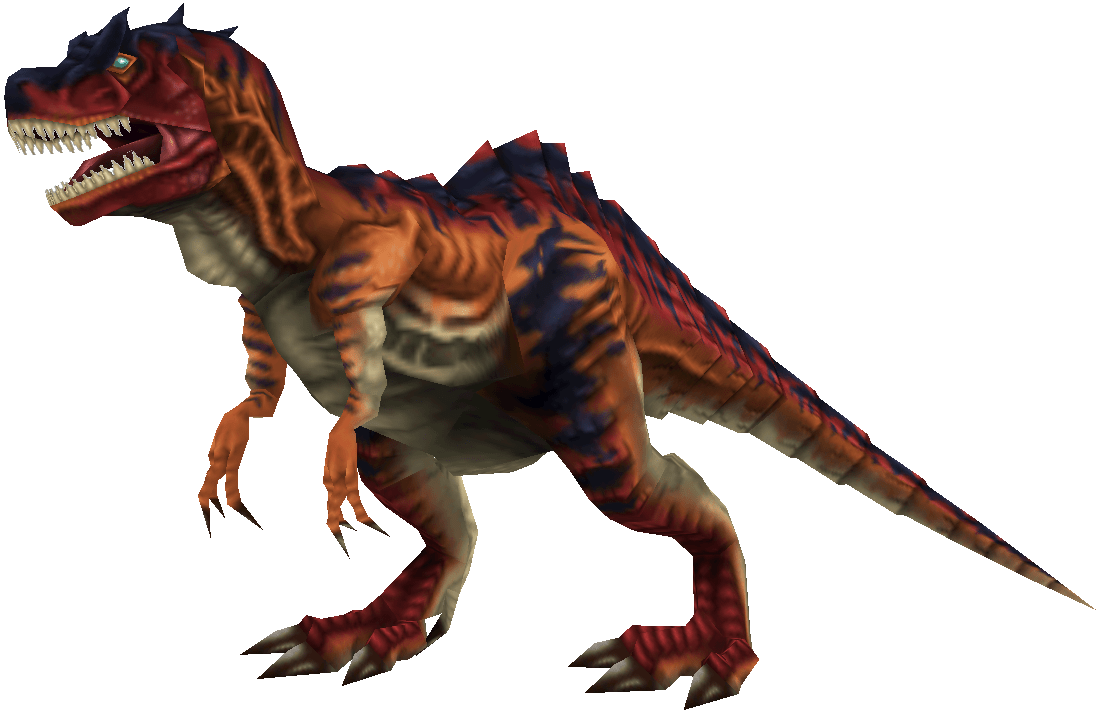 This towering predator has an enormous head and a mouth full of dagger-sized teeth. It stands on two powerful legs and has only vestigial forelimbs. A rare species of dinosaur that is thought extinct, but due to its size and sheer ferocity has fended off almost all other predators in its own hunt for prey. Alive since the beginning of time, its power as well as its durability causes it to have a reputation as a beast to run away from rather than to fight.

Once every 1d4 rounds as a standard action, A t-rexaur can cause the ground to erupt around it within a 30-ft.-radius. Creatures within the area of effect take 8d6 points of earth damage and are inflicted with the Weighted status effect for 1d6 rounds (Reflex save DC 16 for half damage and negates the status effect). Blue mages may learn this ability as a 4th level spell (Knowledge: Arcana DC 23).

A t-rexaur applies twice its Strength modifier to bite damage.