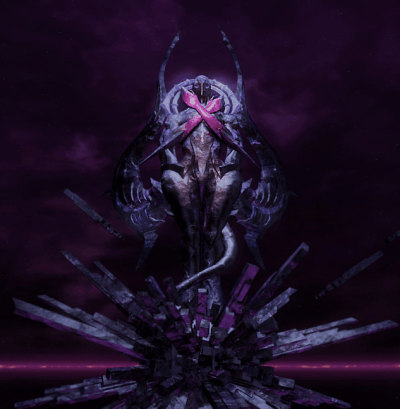 In an age forgotten by time, there was once a perfect world. This world was a utopia of knowledge and magic. One day a great scourge came. It ravaged through this perfect world, manifesting the nightmares of the creatures that lived there into reality. In a desperate bid to survive, the inhabitants sacrificed much of their number to bring into existence a being that could stabilize their world. From the darkness of that age came Zodiark, the manifestation of the will of the Star. When he came into existence, his very presence enthralled his summoners. He performed his purpose in stabilizing their reality, ridding it of the manifested nightmares. His followers, enthralled by his power and majesty, believed that, through him, they could bring back the lives lost with further sacrifice.

A rogue faction among Zodiark’s followers thought that further sacrifices was a step too far: bringing back old lives lost that would eradicate or stifle the new life taking place on their scarred world. To match this Zodiark, the rogue faction birthed into existence another god to counterbalance him and his dark following: A goddess made from the light within, Hydaelyn. A Great battle came about from the two gods. Hydaelyn defeated Zodiark and to keep him weakened, split his essence among 13 planets and 13 realities. His devout followers, known as the Ascians aspire to bring back their dark god.

Although Zodiark’s physical presence was brief in the universe, it made an impression. His power over darkness, death, and creation rivaled the Greater Gods. Although his essence is split, his darkness can be felt in every inch of creation.