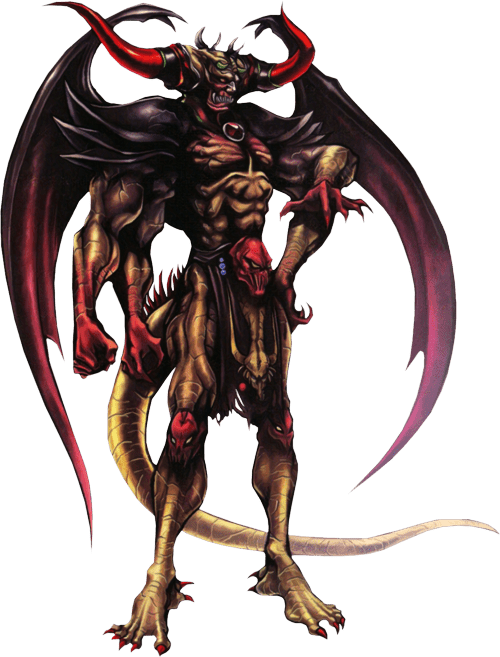 Ever since the Universe was created, Harmony and Discord were always there. Representing the primordial Discord of the worlds, was Chaos.

Some would say that Chaos is just a myth made to pin all the evils of the world onto just one entity. But Chaos is very much real, and from his Throne of Doom at the Edge of Madness, has been the cause of much discord in the worlds. Whether it be the greed of a technologically superior empire, a scourge that would bring a world to ruin, or the simple prevalence of hostile monsters, Chaos has had some hand in everything.

Most who worship Chaos tend to not know that they do so at first. But as the discord grows in their heart, these individuals will come to accept their role as a Warrior of Chaos. Even the Kefkanites pay homage to Chaos, for it was he who helped ascend their Mad God. No one knows the full extent of the influence of Chaos…