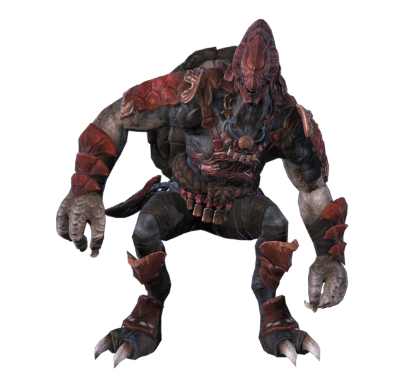 An aquatic beast tribe commonly found on and near the Ruby Sea. Their settlements lay beneath the waves, where they thrive on the endless bounties of the deep. Unlike other beast tribes, they do not worship a single deity, for they believe gods exist in all things. Perhaps in part due to this conviction, they have a penchant for trading and collecting all manner of effects.

The Kojin are skilled traders who welcome dealings with other races. They are most comfortable in the water, having settlements under the sea. They believe that unique gods reside in all things, and collect and hoard rare items that house powerful Kami to bring power and prosperity to themselves and their kin.

After the Garlean Empire invaded, the Kojin split into two factions: the pacifist Kojin of the Blue, and the mercenary Kojin of the Red. The Red Kojin allied with the Empire as mercenaries, concealing their faith and practicing it in secret. The Blue Kojin would rather be peaceful traders, and so minimize their involvement in Imperial affairs. The Blue Kojin see the Red practicing their faith in secret to be a mockery that the Kami would not approve of.

It is unclear why the Blue Kojin are green, while the Red Kojin are red. In-universe, this is speculated to be because the Kojin may be incapable of seeing the difference between green and blue (which would have interesting implications), or it may simply be a matter of translation from the Kojin’s native language being somewhat inaccurate.

The following racial archetypes are available to kojins: