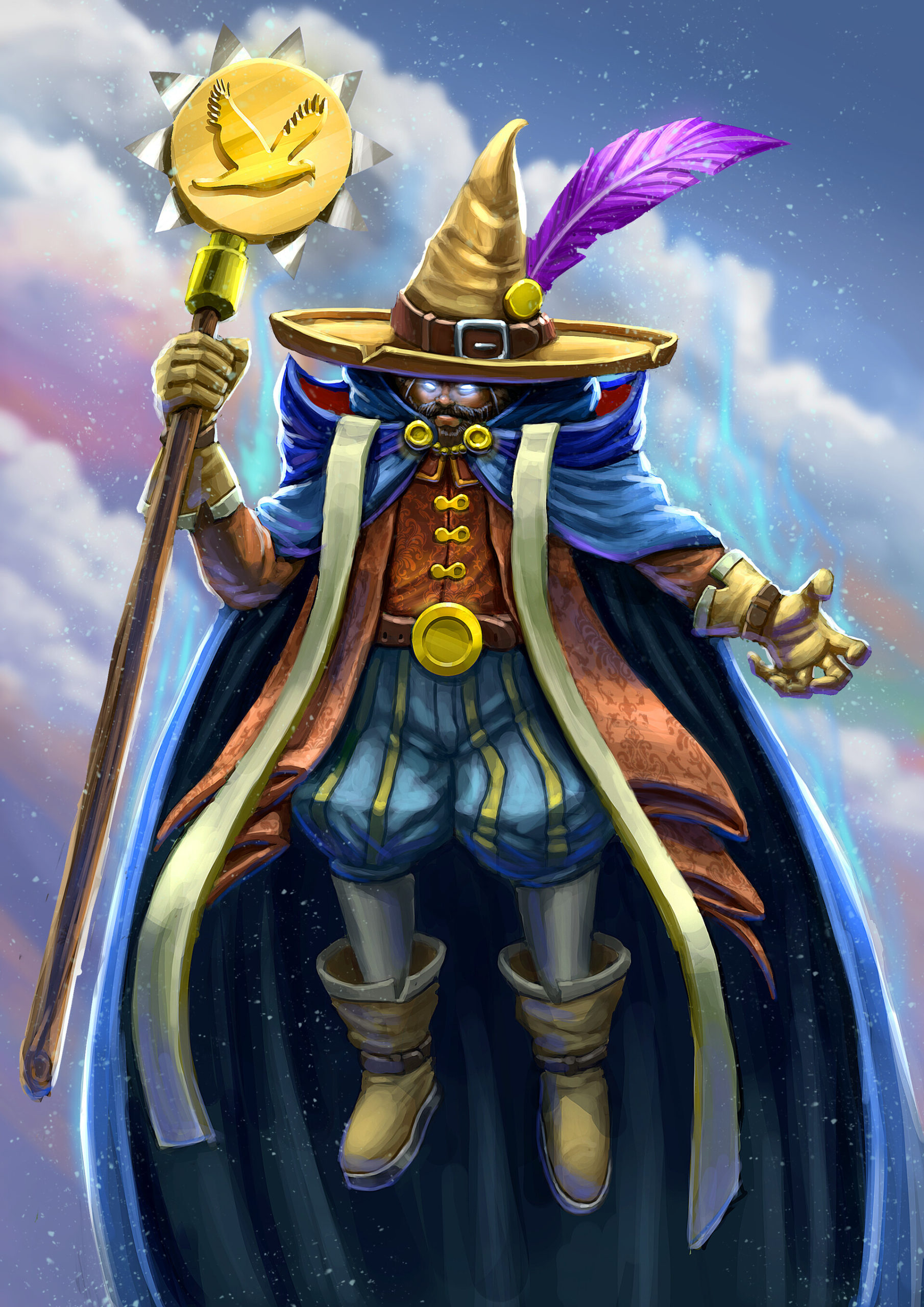 Archwizards place no boundaries on their magical abilities and find no irreconcilable paradox in devotion to the arcane. They seek magic in all of its forms, finding no reason or logic in denying themselves instruction by limiting their knowledge to one stifling paradigm, though many are simply hungry for limitless power. No matter what their motivations, archwizards believe that perception is reality, and through the astral energies of the multiverse, that perception can be used to manipulate and control not only the nature of this reality, but destiny itself.

Requirements
To qualify to become an archwizard, a character must fulfill all the following criteria.
Skills: Knowledge (Arcana) 6 ranks, Spellcraft 6 ranks, Use Magic Device 6 ranks
Spells: Must have two spellcasting classes and able to cast 2nd level spells of two separate spell lists.

All of the following are class features of the archwizard prestige class.

Archwizards gain no proficiency with any weapon or armor.

At each level except 1st, an archwizard gains MP per day and spells known as if he had also gained a level in two spell-casting classes (that use different spell lists) to which he belonged before adding the prestige class level and an increased effective level of spellcasting. He does not, however, gain any other benefit a character of these two classes would have gained. If he had more than two spell-casting classes before becoming an archwizard, he must decide to which two classes to add each level for the purpose of determining MP per day and spells known.

Spell Perfection (Su): This Limit Break allows the archwizard to perfect a spell. For a duration of 1 round + 1 round per two archwizard levels after 1st, the archwizard can cast 1 spell per round without spending MP. This, however, does not work with metamagic feats. This limit break requires only a swift action.

An archwizard is a master at manipulating magical forces. At 1st level, he reduces the cost of any metamagic feat known by one MP less than standard. The metamagic enhancement can only be applied to one enhancement per spell. This ability does not affect the Heighten Spell feat. At 5th level, the adjusted level is reduced one additional MP. The adjusted enhancement can never reduce the base spell below its original level. An archwizard may use this ability up to 3 times per day.

At 2nd level and every two archwizard levels thereafter, the archwizard gains a talent from any spellcasting class he has access to.

All archwizards of 3rd and higher level are treated as if they have a permanent unseen servant near them at all times. The servant can go no further than 100 ft., but otherwise confer to the rules of normal unseen servants. If destroyed, the servant reappears the following round.

At 3rd level, an archwizard has a chance of detecting what spellcasting capabilities a creature has. After the archwizard observes a creature with the detect spell for 3 rounds, it must make a Will save (DC 10 + archwizard level + his highest mental stat modifier). If it fails the saving throw, he learns what spells the creature possesses. If the creature makes its save, it is immune to the effects of this ability for 24 hours.

The 7th level archwizard can alter areas of effect for spells that use one of the following shapes: burst, cone, cylinder, emanation, or spread. The alteration consists of creating spaces within the spell’s area or effect that are not subject to the spell. The minimum dimension for these spaces is a 5 ft. cube. Furthermore, any shapeable spells have a minimum dimension of 5 ft. instead of 10 ft.

At 8th level, the archwizard may select up to one target per point of casting stat bonus to exclude from any area-of-effect spell cast, or double the number of targets affected by a spell. In the first application, the targets are engulfed in the effect, but do not suffer any of the effects. This is a target-based exclusion; other opponents sharing the excluded target’s space are still affected by the spell. In the second case, when a spell description specifies an effect of “one creature/level,” the archwizard may instead affect up to two creatures/level.

At 9th level, the archwizard’s command of magic is such that he may unravel a creature’s natural resistance to magic. An archwizard may reduce a target’s spell resistance by his archwizard level, once per day per target for 1 minute. In addition, an archwizard can ignore elemental resistance equal to his combined spellcasting levels for the same duration.

At 10th level, an archwizard is truly the master of magic and its weavings. An archwizard of this level may cast 2 spells with a casting time of “1 standard action” in a single round, one from each of his spellcasting classes. The archwizard may do this 1 time per 6 spellcaster levels per day. This ability does not stack with Quicken Spell or any other ability that increases spells per round.