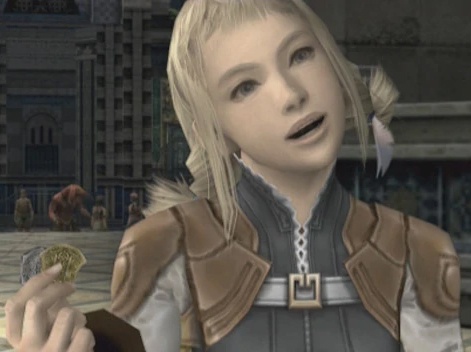 Gil is the main currency of the FFD20 system and is seen throughout the Final Fantasy franchise, from oval coins to circle coins, silver to green. Depending on the world or games you’ve played you’ll have seen various styles of gil but a standardised format is created for use in FFD20. Feel free to change colors or shapes to fit the worlds your campaigns are set in.

When converting gold from Pathfinder into Gil for FFD20, the ratio is 1:1 though items in FFD20 have had some values shifted, check the equipment pages for more details.

Coins are made of a metallic alloy that is then painted and minted into 4 different variants, a special mixture makes the coins that are holed (for keeping on a string) to weigh the same amount as non-holed coins.

There are no forms of paper money in normal play, though games may use paper money as they so wish or to better emulate the game Final Fantasy Tactics A2: Grimoire of the Rift for the Jylland region of Ivalice.

Banks are common in most worlds, though without electricity or computers gil cards are not widely used. For games that emulate Final Fantasy VIII you may use banks and gil cards to work out your players’ money, in which case payments are made straight into bank accounts and transactions can be made with swiping their gil cards into readers.