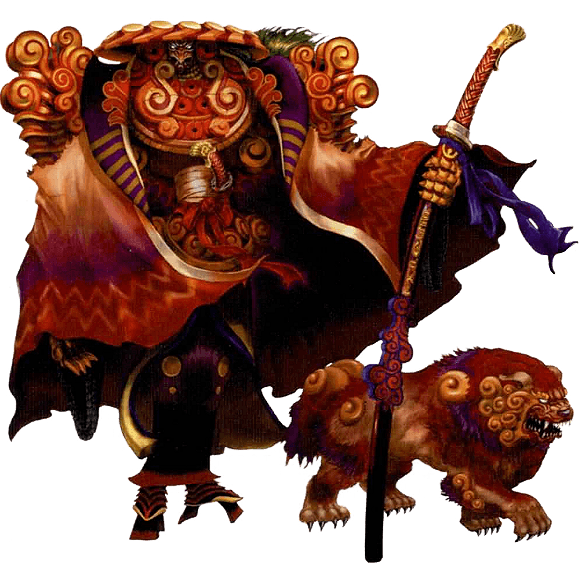 A somewhat mysterious being, Yojimbo travels far and wide for those who offer to pay for his highly-priced services. He mostly deals in the protection of his employers or assassination attempts on his client’s adversaries. While not following strictly to the law he does keep close to his own personal opinion of his worth, only working until he has fulfilled his job up to the amount he has been paid, often requiring hundreds of thousands of gil to kill a single target. If a job takes too long, or the opponents are stronger than his client had told him he would only do work until he felt he had done enough to warrant his pay, if underpaid he will sometimes not even attempt a job or just let his dog attack instead.

Yojimbo is almost always seen as a uniquely dressed samurai, with yellow and orange clothing, straw hat with his dog by his side. There have been times where he is seen in a completely different garb of a lesser samurai, in a mere kimono but almost always has his Zanmato on him.

Not many people worship Yojimbo, as he is mostly a hired hand to do the bidding of sentient beings. Mercenaries and Samurai will sometimes follow the astral in hopes he will guide them to higher power and proficiency within their fields of work.