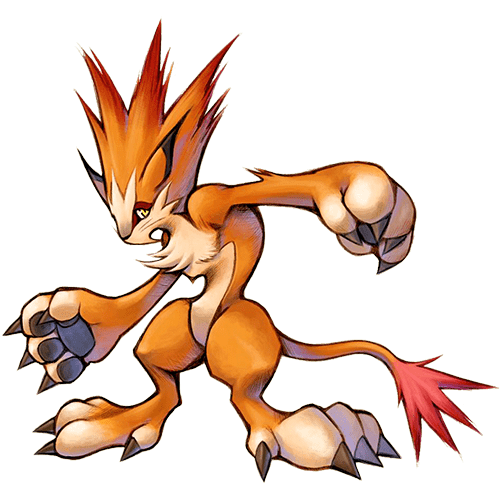 Moombas are cute bipedal/quadrupedal lion-like creatures with opposable thumbs and with fur that spikes at the ends of their heads, tails and elbows. Their fur colors range from light browns and oranges to deep reds. They stand at around 3 feet and 3 inches tall on average though are often seen on all fours when in movement. Their paws are of a larger size than normal, which leads to them being capable predators if not for their soft nature.

As one of the many final stages in the evolving life cycle of a shumi, moombas are treated highly within their own settlements, especially by their shumi relatives. While revered by shumi, moombas are often treated as slaves or laborers by non-shumi, this is possibly due to their lack of normal speech or outward intelligence.

As the final stage of a shumi, the moombas are generally benign, good-natured and hard-working, this is solidified even more when non-shumi “force” them into work beyond their understanding. Within shumi settlements, moombas are regarded as the best of their kind, with plenty of non-vocal communication being had amongst all moomba and shumi.

The following racial archetypes are available to moombas:

The following favoured class options are available to all characters of this race who have the listed favoured class, and unless otherwise stated, the bonus applies each time you select the favoured class reward.