Neutral astral of fish and fishing. 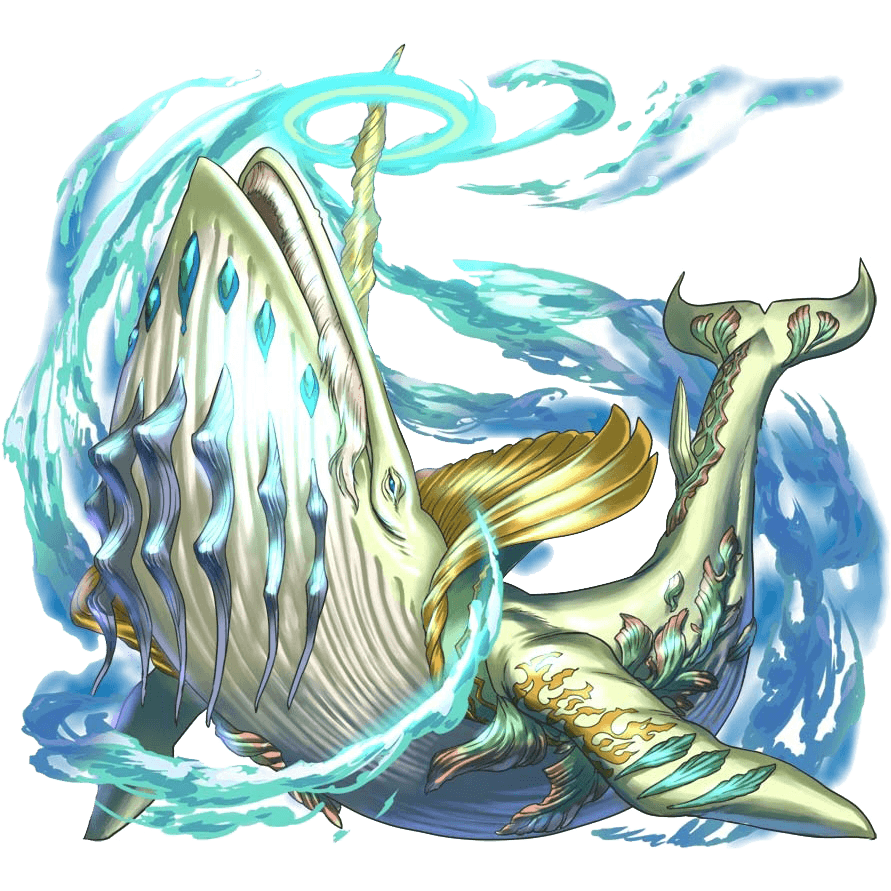 A whale of gargantuan size, Bismarck’s fierce protection over aquatic life as well as the preservation of the waters themselves granted this being divine power. Swimming through the ocean or floating through the skies, Bismarck makes sure that no harm comes to this fish on worlds within his domain, though isn’t opposed to the practice of fishing, even going so far to reward diligent and kind fishermen with better catches. Working alongside Leviathan, Bismarck protects sea-life whereas Leviathan carves out the waters they reside in. Where Leviathan can be quite conversational, Bismarck gives out very few words, some believing the being to be incapable of natural speech.

On the few times that Bismarck has been seen he is shown to be a gargantuan whale of differing colors, though he tends to be mostly blue or golden. The astral is also depicted as having wings in some cultures, due to his ability to float amongst the clouds.

Fish-like creatures, fishermen and the Vanu Vanu worship Bismarck, due to his connection to their areas of existence as well as he dedicated protection.