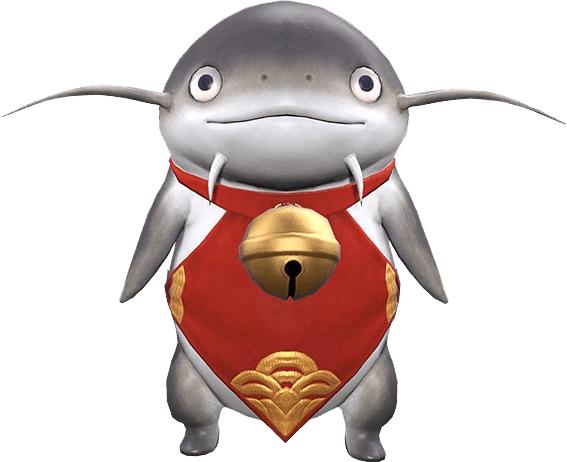 The namazus are a short, chubby, catfish-like beast tribe native to Othard. Unlike most beastmen races, they are not associated with any known primal (though Namazu worship a fish-like entity known as “”the Big One,”” there is no evidence it has ever been summoned as a primal), though their belief in the kami suggests that they worship Susano and Tsukuyomi. They have a habit of repeating their affirmations (i.e., “”yes, yes””) and make squeaking sounds as they walk. Tea is a known intoxicant to the Namazus, making Xaela tea ceremonies difficult for them to perform.

The following racial archetypes are available to namazus: