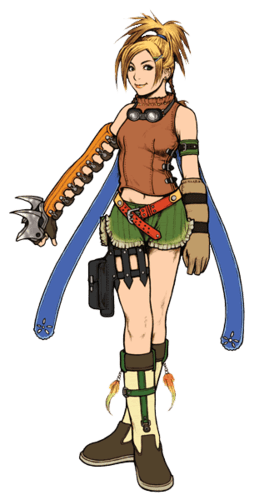 Rikku is a young, Al Bhed Chemist specializing in alchemical items and machina. Her attitude is somewhat childish but is also quite cheerful and positive. She is very protective of those closest to her. She has a fear of lightning because when she was attacked by a fiend at the beach when she was young, her brother tried to destroy it with a Thunder spell, but missed and electrocuted her instead. This fear often deters her from crafting lightning based alchemical items.