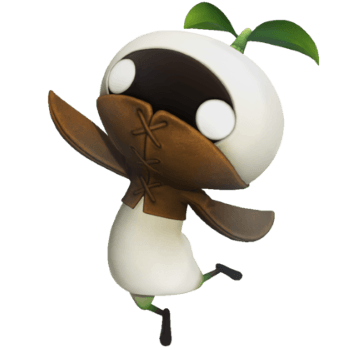 The enigmatic mandragora were first observed in the aftermath of the Seventh Umbral Era. It is not known whence they came, or if they even existed prior to the Calamity. They resemble a small, wide-mouthed fat child made from leaves, vines, tree bark, dirt, and pallid tubers.

Although many mandragoras follow the general model of the standard mandragora, many more do not. Those of different lineages may evince dramatically different manifestations of their heritage, both in appearance and in ability. Here are 5 different potential heritages for mandragora PCs. If you choose to use a specific bloodline instead of the general rules for creating a mandragora, you should work with your GM to ensure that your character’s appearance reflects that bloodline.

The following feats are available to a mandragora character who meets the prerequisites.

The following racial archetypes are available to mandragoras: