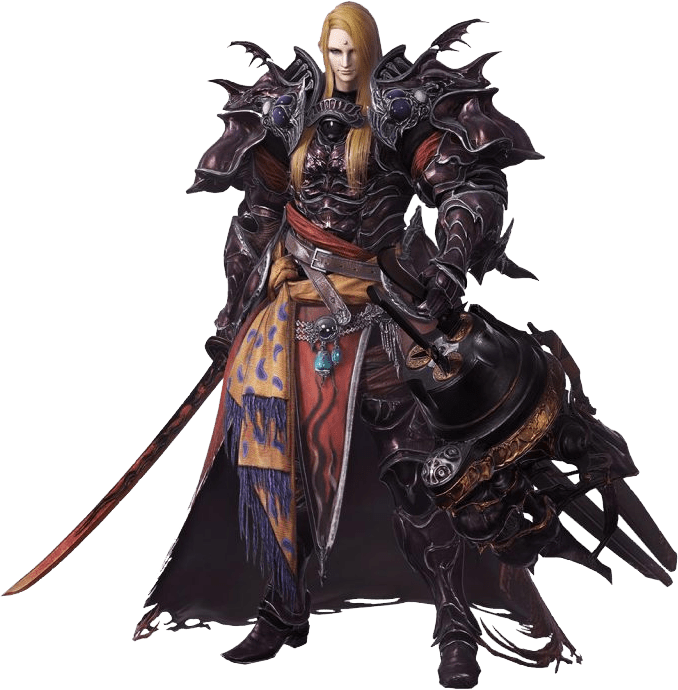 The garleans’ imperial technology is far ahead of the Eorzean city-states’, specializing in magitek machinery and airships. Their magitek is powered by a substance called ceruleum, a component mined from below the earth or obtained by draining elemental crystals; it is said that the origin of Unaspected Crystals may be simply the removal of their ceruleum.

Until around fifty years ago, due to Garleans’ inability to use magick compared to the “lesser races”, the Garlemald Republic was a remote and sparsely populated nation occupying little more than a fraction of the northlands. The Ascian Emet-Selch, assuming the identity of a brilliant Legatus named Solus zos Galvus, brought about a technological revolution with the discovery of ceruleum. Solus established Garlemald as a world power within a single generation with himself as its emperor. He began a campaign of conquering other nations with his magitek forces, such as Doma, under the pretense of exterminating the practice of primal-summoning while presenting the other races as barbarians.

The following racial traits replace existing garlean racial traits. Consult your GM before selecting any of these new options.

The following racial archetypes are available to garleans: