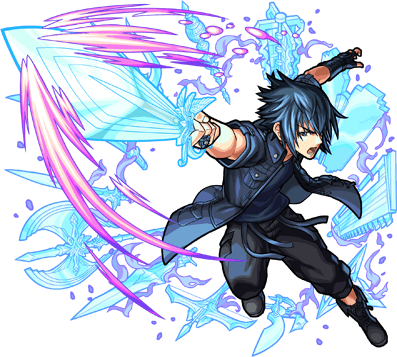 While some may find a burst of strength by being under pressure or fighting against an insurmountable foe, there are those who follow a different creed. Gaining hatred throughout their adventure, these individuals release it at the opportune time to wreak vengeance on whoever faces them in battle.

While using this alternate system to Limit Breaks you will replace normal Limit Break charges with the Revengeance gauge. This gauge has a maximum equal to your max HP + Con Score, whenever you take damage from an opponent add the same amount to your Revengeance gauge. The gauge will deplete by 10% per 10 minutes out of combat, though will stop at 50% if the gauge was higher than that value. Resting will reduce the gauge to 0.

Damage done via allies, or yourself, does not add to this gauge, even when afflicted with status effects. Forcing opponents to attack you without retaliation also does not fill this gauge. When afflicted with the Berserk status you gain 25% more Revengeance Gauge, whereas being affected by a fear effect will result in the gauge gaining 25% less. Being afflicted with sleep or falling unconscious will cause the gauge to reset, or fall to 50% if it was higher than 50%.

When your gauge reaches 50% it will have a stopgap for decaying over time, except for rest, and you may spend 50% of your gauge to initiate a Limit Break that requires a move or swift action.

When your gauge reaches 100% you may spend a full gauge to initiate a Limit Break that requires a standard action, or instead use 50% on a move or swift action Limit Break.

You carry the anger of previous battles for longer.

Your gauge now has a stopgap at 25%. This also hinders the reduction while being affected by the sleep or unconscious status.

Special: Taking this feat a second time will give you a stopgap at 75%.

The emotions of battle persevere even through sleep.

Falling asleep or unconscious due to the status effects no longer affects your gauge. Normal sleep still resets the gauge.

Normal: Falling asleep or unconscious resets your Revengeance gauge to 0, or 50% if it was above 50%.