Vehicles range from simple motorcycles to cars and trucks. Statistics for specific vehicles are detailed below.

Name: This lists the vehicle’s name.

Price: This entry lists the vehicle’s price in gil. The availability of some vehicles might be restricted, and a player must ask the GM what is available for purchase.

Size: This entry lists the vehicle’s size, followed by its dimensions.

Speed: The speed entry first lists the vehicle’s drive speed, followed by its full speed, and concludes with its speed in miles per hour for overland movement over the terrain type for which the vehicle was designed. To calculate MPH, take the top speed in feet and divide by 10.

AC and CMD: These entries indicate the Base Armor Class and Combat Maneuver Defense for the vehicle. Modified by +1 to AC and CMD for every 2 ranks in the driver’s Drive skill.

Cover: This entry indicates the type of cover the vehicle gives its driver and passengers. This might vary based on circumstances—a passenger hanging out of a window to fire a weapon doesn’t get the full benefit of the vehicle’s cover.

Hardness: As an object, a vehicle has hardness. Any damage a vehicle takes is reduced by its hardness.

Attack: This entry indicates an attack the vehicle has, the damage it deals, and the base Reflex save DC to avoid it (if any). Most vehicles have only collision attacks, which deal bludgeoning damage. (See Vehicle Collision Damage and the ram and the run over action for more on collisions.)

Modifiers: The vehicle imposes these modifiers on the attack rolls and listed skill checks of its driver and passengers. The attack roll penalty worsens at full speed, as indicated in parentheses. 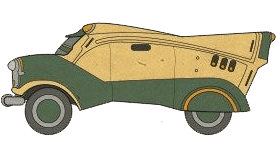 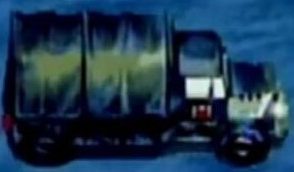