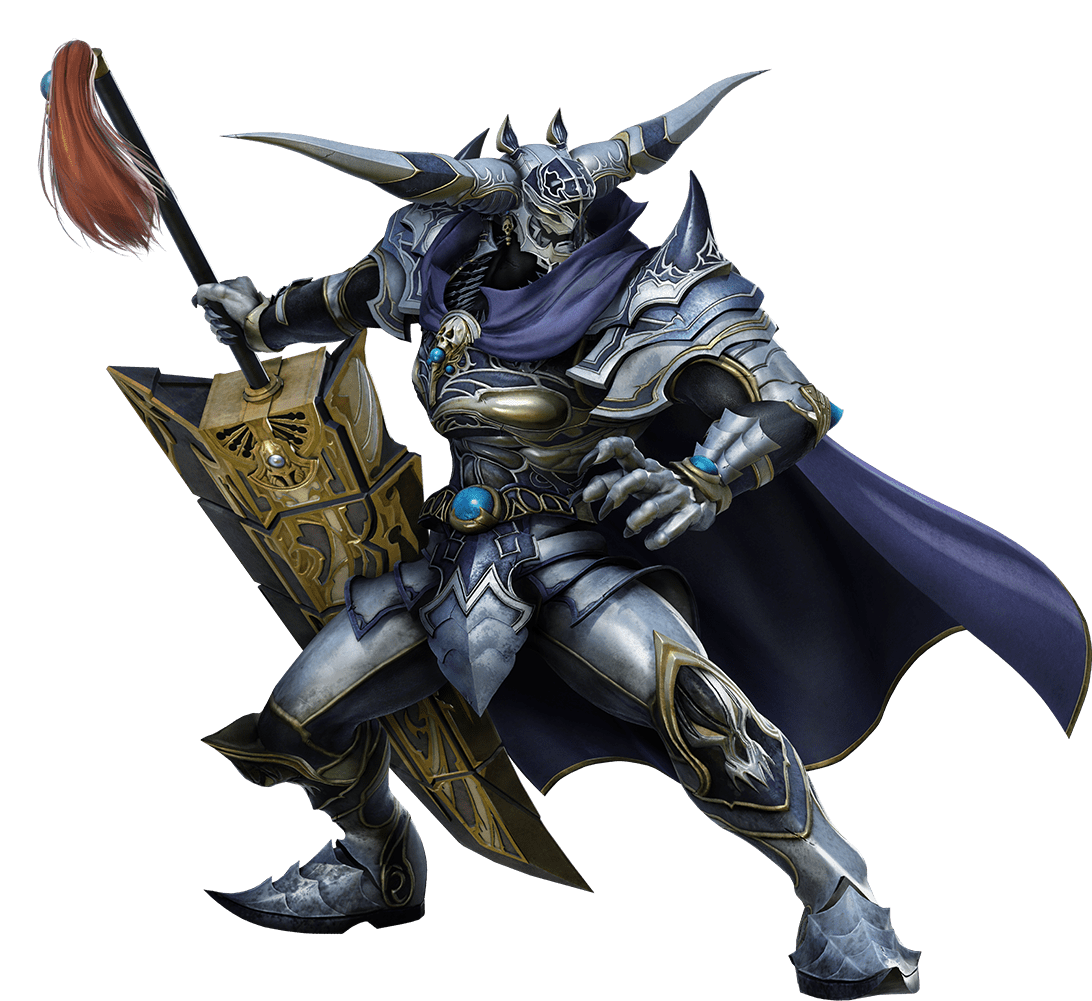 Practitioners of the arcane and martial arts, mage warriors strike a balance between both disciplines to eventually become masters of both.

All of the following are class features of the mage warrior prestige class.

At each level except 1st, a mage warrior gains MP per day and spells known as if he had also gained a level in a spell-casting class to which he belonged before adding the prestige class level and an increased effective level of spellcasting. He does not, however, gain any other benefit a character of this class would have gained. If he had more than one spell-casting class before becoming a mage warrior, he must decide which class to add to each level for the purpose of determining MP per day and spells known.

Mage Attacks (Su): This Limit Break allows the mage warrior to resolve attacks made with his weapons as if they were spell attacks. In effect, this makes the melee weapon attacks into melee touch attacks and ranged weapon attacks into ranged touch attacks. This limit break lasts for a duration of 1 round plus 1 round per two mage warrior levels after 1st. This limit break requires only a swift action.

A mage warrior may, as a swift action, spend MP up to a maximum of half his mage warrior level (minimum one), to add it as an insight bonus to hit with all attacks made with weapons or spells until the end of his turn.

At 2nd level, the mage warrior gains the Armored Mage feat even if he doesn’t meet the prerequisites for it. He must choose what type of armor this applies to. If he already has the feat, he may take any combat feat he qualifies for.

At 3rd level, and every three levels after the Mage Warrior may select a fighter talent or a talent from the class from which he is progressing his spellcasting if applicable. He must meet all the requirements for said talents.

At 4th level the mage warrior gains the Combat Casting feat even if he doesn’t meet the prerequisites for it. If he already has the feat, he may take any combat feat he qualifies for.

At 7th level, the mage warrior gains the Shielded Mage feat even if he doesn’t meet the prerequisites for it. If he already has the feat, he may take any combat feat he qualifies for.

At 10th level, once per day the mage warrior can during a full attack action, mix attacks and spells as he wishes. If he chooses to attack with a weapon, the attack targets touch AC and deals +5 non-elemental magic damage that is not multiplied on a crit. If he chooses to cast spells, they must be spells that use touch or ranged touch attacks, he uses the same BAB as we would with a weapon attack.