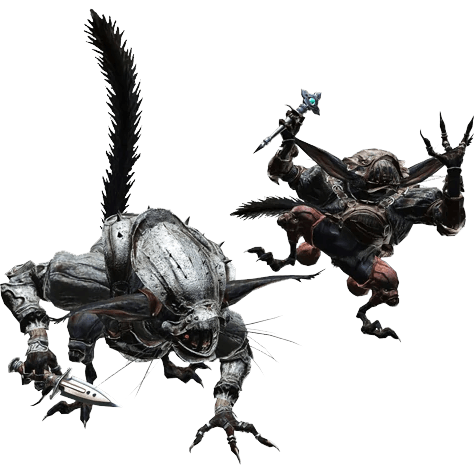 The kobolds are a race of mole-like creatures who have excavated a warren of tunnels beneath O’Ghomoro, a mighty peak rising in northern Vylbrand. Believing the ores of the earth to be a gift of the primal Titan, these subterranean beastmen seek to divine their deity’s teachings through the arts of alchemy and metallurgy. Despite forging a peace agreement with Limsa Lominsa, recent conflicts over mineral deposits have led to a resurgence of hostilities.

The following racial archetypes are available to kobolds: