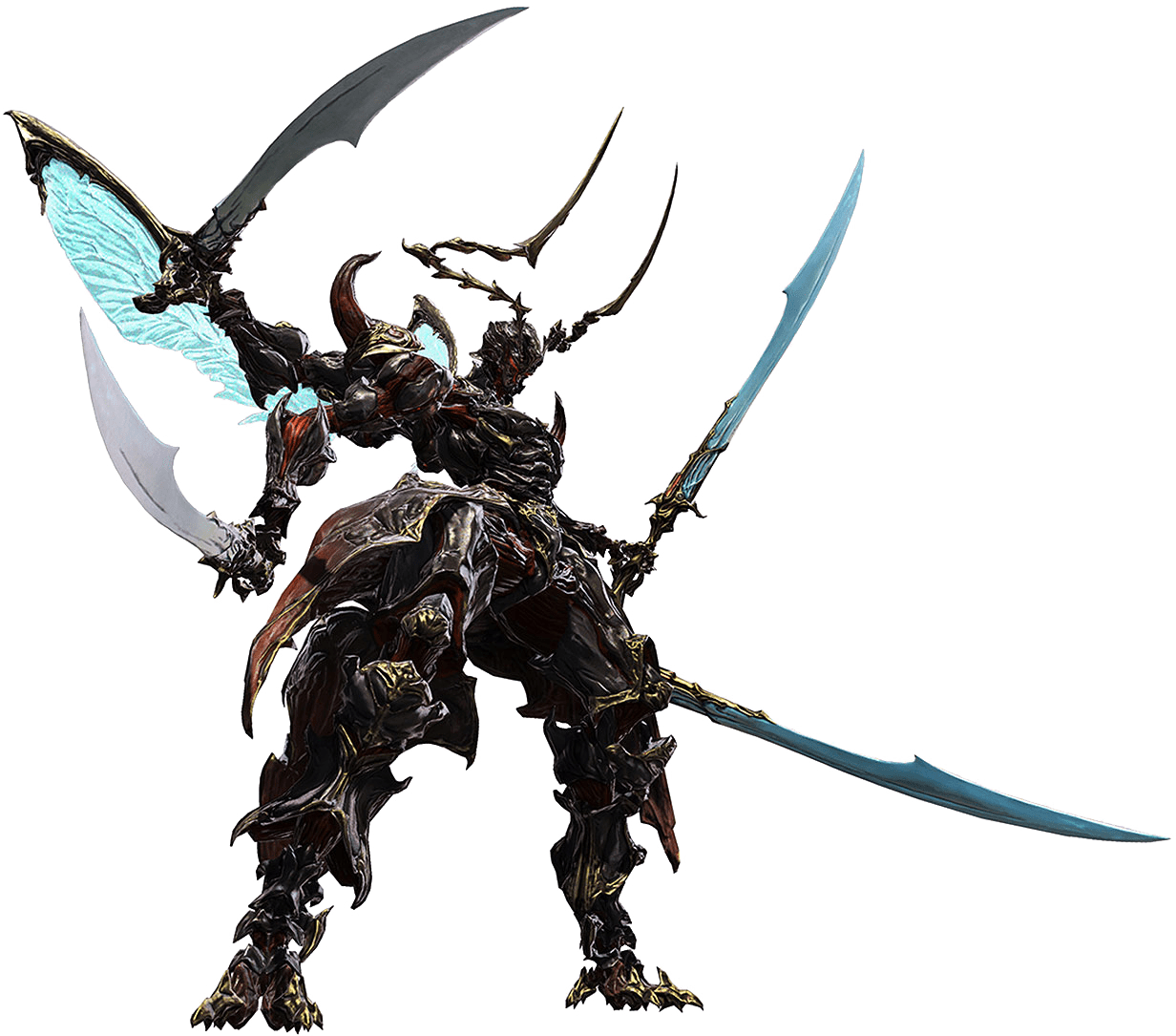 Fourfold master of the blade, savior of the insect-like Gnath tribe. A warrior and conqueror, Ravana respects strength and abhors weakness. He revels in battle with worthy opponents, and is known to wield the legendary Chandrahas blades.

Ravana is summoned into being when the Gnath’s lust for war against the Dravanians reaches a fever pitch as a consequence of a dragon wounded by the Ishgardians crashing into their nest. Ravana is the cause of the Gnath belligerently attacking the inhabitants of the Dravanian Forelands. The adventurer and Ysayle, needing to see Hraesvelgr, challenge Ravana to a duel with the primal vowing to quell the Gnaths’ bellicosity if defeated while having his opponents promise to become his servants should he be victorious. After a hard battle, Ysayle having been defeated in her Shiva form, the adventurer is victorious and Ravana honors his promise to have the Gnath cease their campaign.