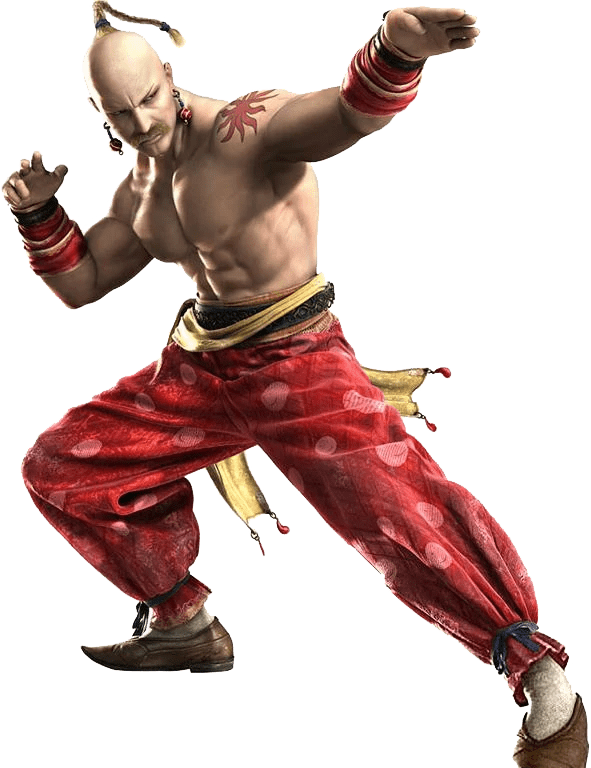 The master specializes in more complicated moves than simple damage-dealing strikes. His mastery of combat maneuvers is terrifying to see.
Hit Die: d10.

Requirements
To qualify to become a master, a character must fulfill all the following criteria.
Base Attack Bonus: +5.
Skills: Acrobatics 5 ranks.
Feats: Improved Unarmed Strike and one of the following feats: Improved Bull Rush, Improved Disarm, Improved Grapple, Improved Overrun, Improved Sunder, or Improved Trip.
Special: Must have a Ki pool.

All of the following are class features of the master prestige class.

A master gains no additional weapon or armor proficiencies.

Perfect Setup (Su): This Limit Break imbues the master with the ability to accurately land his combat maneuvers with ease. For a duration of 1 round + 1 round per two master levels, the master gains a +2 bonus on his CMB rolls and his CMD plus an additional +2 per two master levels after 1st. This limit break requires only a swift action.

A master’s class levels stack with any monk or black belt levels for the purposes of determining his flurry of blows or master’s flurry, stunning fist, and unarmed strike class features (including determining damage dealt by his unarmed strike attacks).

At 1st level, when attacking an object, a master ignores 1 point of hardness per master level.

At 1st level, as a swift action, a master may spend 1 point from his ki pool before attempting a combat maneuver. He can roll his combat maneuver check for that maneuver twice and use the better result.

At 2nd level, if a master has an Improved combat maneuver feat, any creature attempting that maneuver against the master provokes an attack of opportunity, even if it would not normally do so.

Over time, masters learn and develop variations of the attacks he specializes in. Beginning at 2nd level and every two master levels thereafter, a master learns one of the following master maneuvers (if he meets the prerequisites).

Barreling Charge (Ex): After successfully bull rushing a target at least 15 feet, a master who learns this maneuver can make a single attack as a swift action. He gains a +2 bonus on this attack. Prerequisite: The master must have the Improved Bull Rush feat to select this maneuver.

Bowl Over (Ex): After successfully bull rushing a target at least 5 feet, a master who learns this maneuver can attempt to trip that target as a swift action. Prerequisites: The master must have the Improved Bull Rush and Improved Trip feats to select this maneuver.

Disarming Takedown (Ex): While grappling unarmed, a master who learns this maneuver can make a disarm check as an immediate action against anyone he is grappling. Prerequisites: The master must have the Improved Disarm and Improved Grapple feats to select this maneuver.

Hiptoss (Ex): When grappling unarmed, a master who learns this maneuver may make a trip attack against anyone he is grappling as swift action. He can choose to end the grapple immediately with his opponent prone at his feet. Prerequisites: The master must have the Improved Grapple and Improved Trip feats to select this maneuver.

Swiping Leg Sweep (Ex): After successfully disarming an opponent, a master who learns this maneuver can attempt to trip that opponent as a swift action. Prerequisites: The master must have the Improved Disarm and Improved Trip feats to select this maneuver.

Waffling Charge (Ex): After successfully hitting a melee attack at the end of a charge, a master who learns this maneuver can choose to overrun that target. Prerequisite: The master must have the Improved Overrun feat to select this maneuver.

Weapon Shove (Ex): After successfully bull rushing a target at least 5 feet, a master who learns this maneuver can attempt to disarm that target as a swift action. Prerequisites: The master must have the Improved Bull Rush and Improved Disarm feats to select this maneuver.

A master knows how to use every part of his body as a weapon. Beginning at 3rd level, a master deals his unarmed strike damage when he successfully performs a combat maneuver.

At 4th level, a master gains Awesome Blow as a bonus feat, even if he does not meet the prerequisites, adding his Wisdom modifier on awesome blow combat maneuver checks and dealing damage to his target equal to that dealt by his unarmed strike. Hardness ignored by the master’s water splitting stone ability applies when determining damage dealt to an obstacle while using an awesome blow combat maneuver.

At 8th level, a master can affect creatures up to his size with his Awesome Blow feat without expending a use of Stunning Fist or a ki point. In addition, he gains Improved Awesome Blow as a bonus feat, even if he does not met the prerequisites and may affect a creature of any size larger than itself by spending 1 ki point or one use of Stunning Fist per size category of difference.

At 5th level, when a master’s awesome blow combat maneuver succeeds and knocks his target into an obstacle (including another creature), he adds his master level to the normal 1d6 points of damage taken by the target and the obstacle.

At 7th level, a master increases his unarmed strike damage as though he were a creature one size larger.

At 8th level, when a master’s awesome blow maneuver succeeds and knocks the target into another creature of its size or smaller, the master may attempt an awesome blow combat maneuver at a –2 penalty against this second creature. If successful, the master deals his unarmed strike damage to this second target (rather than the normal damage for striking an obstacle) and knocks that target back 10 feet. The master can make additional awesome blow combat maneuvers each time a target strikes a creature behind it, with a cumulative –2 penalty for each additional target. All targets must be in a straight line. If a target is knocked simultaneously into several smaller creatures, the master can choose only one of them to affect with cascading strike.