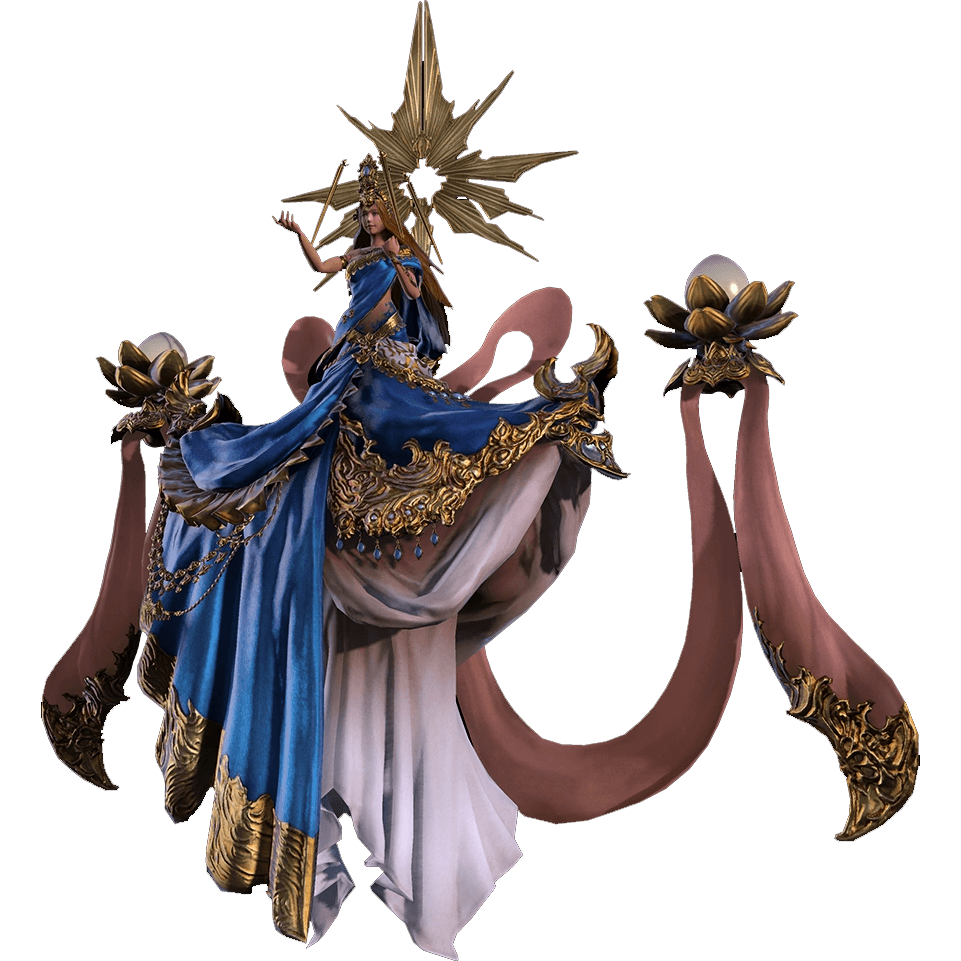 This goddess of luck has had a somewhat unlucky existence, due to being imprisoned several times within paintings during her lifetime. When not being trapped by demons, Lakshmi hands out good fortunes to her worshipers, healing to those under her domains as well as embracing those who are on death’s door. She directly opposes Chadarnook and aids any who would fight against demons or tricksters.

Lakshmi appears in the form of a beautiful woman, draped in a single blue cloth that covers little of her body, though sometimes adorns a more modest blue dress. Aside from her normal form he often changes her dress to varying colors, though is mostly seen in a reclined position. There have been rare occasions where she is seen with several arms.

Gamblers, travelers and small villages often follow Lakshmi, that she would bless them with an easy life devoid of strife.