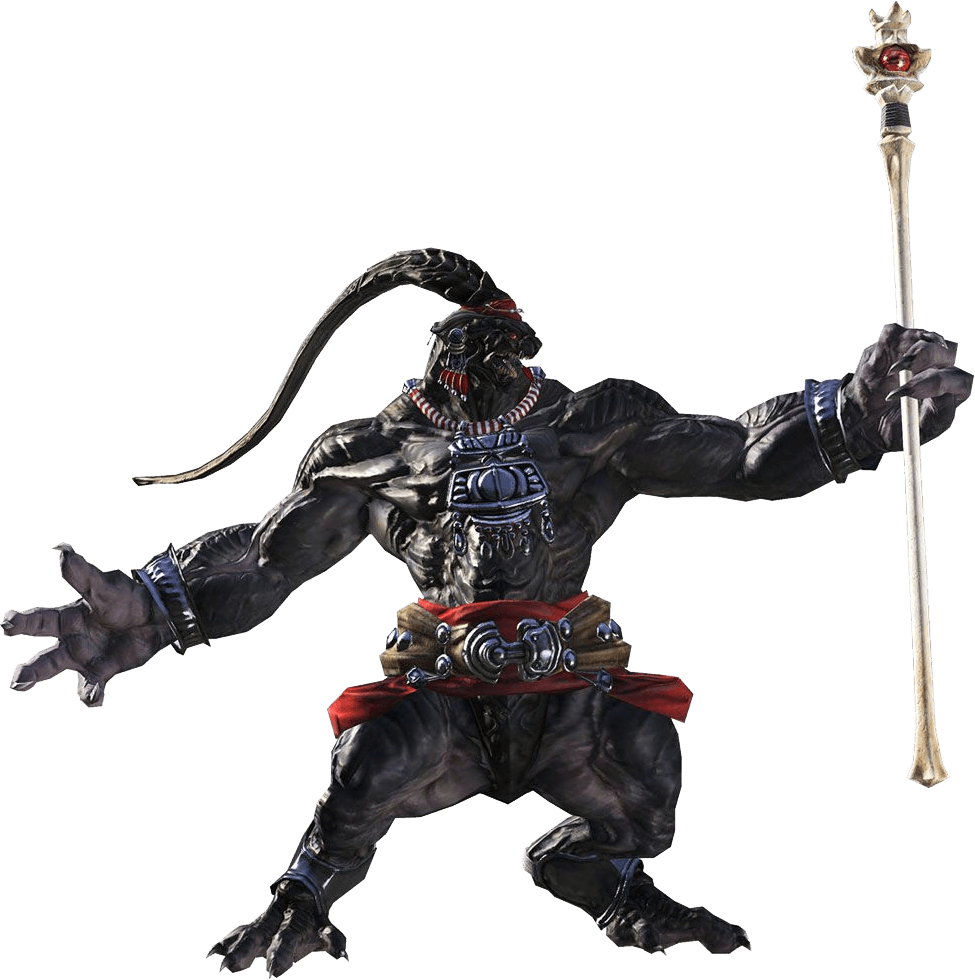 The Amalj’aa are tall with a muscular physique, and have a very martial culture. Fitting their worship of Ifrit, enemy Amalj’aa specialize in fire-based skills, such as Enfire. They possess general knowledge of metalworking, and have been known to tame fire drakes.

As the primary focus of the race is the summoning and empowerment of their patron Primal, they often come into conflict with the other races of Eorzea, and are long standing enemies of the city state of Ul’dah. They quite frequently attack travelers and trading caravans, both to steal the large amount of crystals needed for their rituals, as well as to gain captives in order to have Ifrit “temper” them, permanently making them loyal servants to Ifrit and the Amalj’aa. These rituals are conducted at the Bowl of Embers.

The following racial archetypes are available to amalj’aa:

Although many amalj’aa follow the general model of the standard amalj’aa, many more do not. Those of different lineages may evince dramatically different manifestations of their heritage, both in appearance and in ability. Here are 3 different potential heritages for amalj’aa PCs. If you choose to use a specific bloodline instead of the general rules for creating an amalj’aa, you should work with your GM to ensure that your character’s appearance reflects that bloodline.