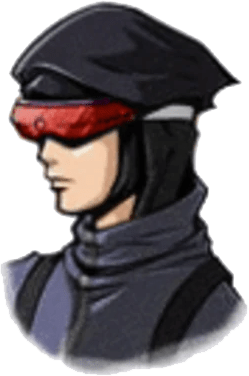 Ravens are created based solely on a single criteria, loyalty. Should a member of an organization show vast loyalty and zeal for their cause, the leader can put in the orders to have a Raven made. Through the ordeal of treatment, they lose their past self and embrace servitude to the one who created them. When the treatment is complete, they are entirely a new person, their memories and personality lost in the fog, but they have the inherent knowledge to follow orders.
Hit Die: d10

Requirements
To qualify to become a raven, a character must fulfill all the following criteria.
Base Attack Bonus: +6
Skills: Heal 4 ranks, Survival 4 ranks.
Special: Must swear your loyalty to the leader of a cause.

All of the following are class features of the raven prestige class.

Upon receiving the treatment, the raven gains the benefits of the death materia implanted into him. At 1st level, he auto-stabilizes at -1 HP and lower. At 3rd level, his death threshold increases to Constitution score + his raven level. At 6th level, he gains immunity to death effects. Additionally, a raven’s irises slowly turn a color between golden yellow and crimson, and receive a steady glow. The sclera also darkens until near-black.

Starting at 1st level, the raven gains power from the injections and death materia, gaining a +2 inherent bonus to two ability scores of his choice and fast healing 2. At 5th level and 10th level, these bonuses increase by +2.

Ravens have strict tenets they must follow, and are imbued into them upon obtaining the treatment. These tenets are absolute and cannot be overridden by outside forces. If a mind affecting effect would attempt to make a raven break one of these tenets, the effect ends immediately. The fundamental tenets a raven has ingrained into them is thus:

A raven’s rank is determined by his progression, and all begin as a Crow. While the raven has the rank of Crow, he can reacquisition one piece of craftable gear, armor or weapon of +1 enhancement.

Starting at 2nd level, the raven is given some equipment to aid in his duties, and to hide the transformations from the treatment. The raven is granted a red visor that takes the eyes slot, granting him a +4 equipment bonus to Intimidate, Perception, and Sense Motive checks when interacting with humanoids. This visor also prevents the raven from needing a Disguise check to hide the transformation of his eyes.

Additionally, the death materia has fully absorbed into the raven, taking the chest slot and empowering the latent talents within. The raven may treat his raven levels as levels for classes he possesses for class features with level scaling. This does not advance the class and gain new class features.

At 2nd level, a raven chooses a weapon he is proficient in. He gains a +1 to attack and damage rolls with a weapon of his choice. For every two levels after 2nd, the bonus increases by +1.

Starting at 3rd level, a raven learns to be more maneuverable while wearing armor. Whenever he is wearing armor, he reduces the armor check penalty by 2 (to a minimum of 0) and increases the maximum Dexterity bonus allowed by his armor by 2. At 9th level, these bonuses increase to +4. In addition, a raven can also move at his normal speed while wearing medium and heavy armor.

At 7th level, a raven treats all weapons as one size category smaller for purposes of determining whether or not he can wield them in one hand and if they are considered light weapons.