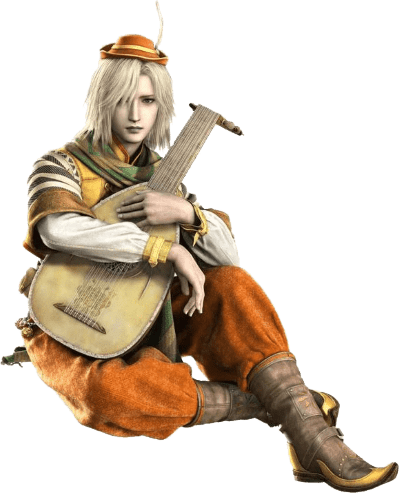 Edward is the crown prince of Damcyan, and in line to become the seventh king. Although he is required to be educated in politics, Edward shows greater interest in music and often leaves the kingdom disguised as a bard to travel the land with his harp. Edward is introverted around others. He is sensitive and somewhat of a coward, but gains confidence and assists his friends to the best of his abilities strengthened by his love for those he has lost.