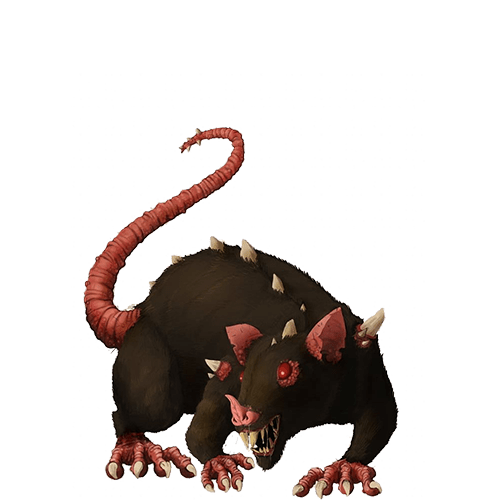 A subspecies of dire rat. They used to inhabit towns, but have had to adapt to the outside world since humans destroyed their natural habitat. Because of this, it is much more resilient than normal dire rats, and has even developed resistance to poison and other toxins. It is good at stunning enemies by unleashing violent physical attacks. It is possible to avoid the stunner’s attack by listening for it scurrying about in the darkness.

Once every 1d4 rounds as a standard action, the stunner can inflict more pain than normal. If they succeed at hitting with their bite attack, the damage is 1d4+2 x 1.5 for total damage.