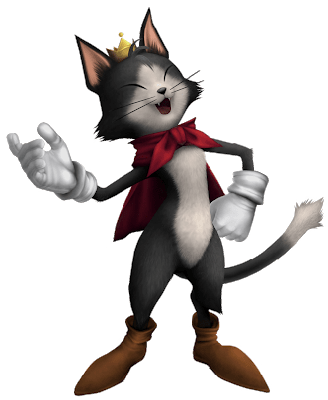 This fairy takes the form of a cat and uses blind and silence on its foes, making it the worst nightmare of all who rely on physical attacks and spells.

The touched items levitate in your space for 1 round per level or discharged. When you cast the spell and once per round thereafter, you can launch one item weighing up to 5 lbs. at a target of your choice as a standard action. The ranged attack is made as if you had thrown the item unless it’s ammunition for a weapon, in which case the attack is made as if fired from a heavy crossbow (if a bolt), a halfling sling staff (if a sling bullet), a blowgun (if a blowgun dart), a composite longbow with a +2 Strength rating (if an arrow), an atlatl (if an atlatl dart), or a pistol (if a firearm bullet). A firearm pellet launched by the spell functions as a shuriken.

When you launch ammunition with this spell, you don’t take a penalty on your attack rolls for lacking proficiency with the ammunition’s weapon; you do, however, take the usual –4 penalty for throwing an improvised weapon if you launch an item not intended to be used as a weapon. The attack roll uses your caster level in place of your base attack bonus and your Intelligence or Charisma modifier (whichever is higher) in place of your Dexterity modifier. Range increment and proficiency penalties apply as normal. The attack has an effective Strength bonus, if applicable, equal to the higher of your Intelligence and Charisma modifiers. The spell is discharged when all touched items have been launched. Blue mages may learn this ability as a 2nd level spell (Knowledge: Nature DC 19).