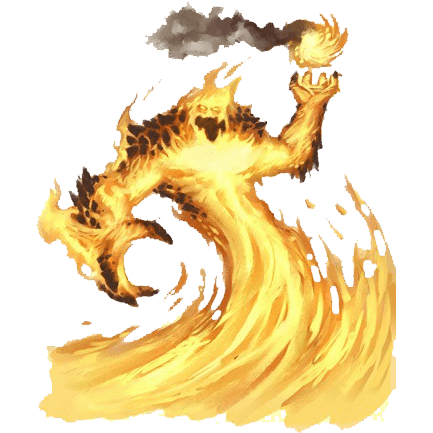 A fire elemental generates a searing explosion of flame that detonates with a low roar and deals 5d8 points of fire damage to every creature within the 20-ft.-radius. Every creature caught in the explosion must make a Reflex save (DC 19) to take half damage. Blue mages may learn this ability as a 3rd level spell (Knowledge: Planes DC 21).

Once every 1d4 rounds, the fire elemental can launch an explosive fireball within a 100 ft. in a 20-ft.-radius. Creatures within the area of effect take 8d6 points of fire damage and inflicts the Burning status effect. A successful Reflex save (DC 19) reduces the damage by half and negates the status effect. Blue mages may learn this ability as a 4th level spell (Knowledge: Planes DC 23).