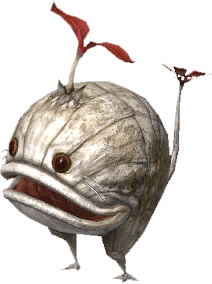 A subspecies of the microchu. They often act in large numbers. There are numerous cases of adventurers who got lost in their cuteness only to be attacked by nearby neochu. Since picochus rarely let themselves be seen after they’ve grown to a certain size, their growth process is surrounded in mystery. There is a movement to capture some to study them further, however such research is always interfered with by neochus and therefore has not moved forth.

Once every 1d2 rounds, a picochu can “drink” in the sunlight, healing itself for 1d6+3 points of damage and gaining Fast Healing 1 for 1d6 rounds. Blue mages may learn this ability as a 1st level spell (Knowledge: Nature DC 17).

A picochu can plead to the nearest neochu for help. This forces the neochu to use pollen as a move-action instead on her turn. If pollen is on cooldown (Neochu ability), this reduces the pollen ability cooldown by 1 round. Only one plead can be used once per round per neochu.